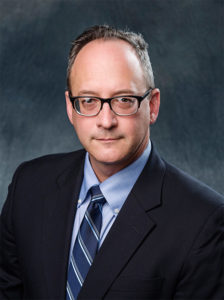 Future interests are at once docile creatures which accommodate all sorts of human and social objectives and beastly difficult abstractions which drive us to tears. Breaking property into smaller bits along temporal lines—such is the basic idea of present interests and future interests. Typically, we think of future interests (remainders, reversions, and the like) in the context of real property.

In 1901, John Chipman Gray (1839-1915) published a 23-page essay in the Harvard Law Review titled Future Interests in Personal Property. Its title was descriptive of its content. It considered the application of temporal divisions to chattels. In doing so, Gray’s article reviews an historical error connected with chattels real and chattels personal, observes the divergence of American law from English common law, and unearths a breakdown in doctrine where future interests are applied to consumable articles. His article remains lively and relevant today.

Gray would have been among the first inductees into the Future Interests Hall of Fame, if there had ever been one. Gray is known to generations of law students for his precise framing of the Rule Against Perpetuities “No interest is good unless it must vest, if at all, not later than twenty-one years after some life in being at the creation of the interest.” He did so in his book, The Rule Against Perpetuities—once again aptly titled by its author.

Succinct and lovely are his phrasings. Helpful, too. His reduction distilled hundreds of cases to a single sentence. The Rule Against Perpetuities will always be associated with his name.

To any who doubt that the prose of future interests all-star can be fairly described as lovely, consider the introduction to Future Interests in Personal Property article where Gray restates an exchange between himself and a law student; “a short Socratic dialogue in which,” he emphasizes, “I do not play the part of Socrates.”

S. … You say that future interests in chattels are executory, and yet in the only cases in which it is of any consequence whether they are vested or executory, you treat them as vested.

G. It would seem that that is what I do.

S. But, by the shade of that great man, Mr. Pooley, that is strange.

G. It is indeed strange.

G. It is desirable that future interests in personalty should be considered vested for several reasons. First—

S. Pardon me, but I do not deny that future interests in personalty should be treated as vested—that, indeed, is excellent—but why, if you always treated them as if they were vested, do you persist in calling them executory?

G. Because Lord Coke, and Mr. Preston, and Mr. Joshua Williams say I must. We should revere the gods.

(P. 397-98.) If that is not a delicious exchange—or at least a window into what a buoyant lecturer Gray must have been, interruptions, playfulness and all—I do not know what is. What’s more, Gray’s willingness to concede that his scholarly inspirations derived from a conversation with a student is disarming.

Gray applied his powers of case law distillation to the confusion he identified in his Socratic exchange. The problem, as he saw it, lay in the development of one doctrinal body for chattels personal and another for chattels real, when in truth the same rules ought to apply to both. “Would it be,” he asks rhetorically, “too bold a step on the part of the courts to drop this bit of antiquated scholasticism and put chattels real in the same position as chattels personal?” (P. 420.)

Gray saw no problem with splitting chattels along with realty into present and future estates. “There are no feudal doctrines to limit their creation, and they are not dependent on any statutes abrogating those doctrines,” he observed. (P. 401.) The same could be still said today.

Gray ended his article with this note: “A main motive in writing this article has been the hope that it may lead to a fuller examination of the authorities than has been had. The cases on future interest in personalty are so badly digested that one comes upon many of them only by accident.” (P. 420.) It is a sad note because his article has been neglected over the past 115 years. No one seems to have ever taken up his invitation to further this scholarship.

In the seminal personal property future interests case, Gruen v. Greun, 68 N.Y. 2d 48 (1986), Gray’s article merits not even a nod. Gruen is well known to professors who teach property law. It involved the gift of a future interest in fee of a Gustav Klimt painting, Schloss Kammer am Attersee II.

The facts of the case recite that the elder Gruen wrote a birthday letter to his son explaining that he was giving him the painting, but wished to retain possession of it for life. When the father died, his young widow claimed the painting for herself. The court concluded that there was no reason why a gift of a remainder interest in a chattel such as a painting should not be honored.

The court rejected the widow’s policy argument; that allowing future interests in chattels would defeat the Wills Act formality requirements and “lead courts to effectuate otherwise invalid testamentary dispositions of property.” The holding was consistent with Gray’s observation that although England only allows the creation of a future interest in a chattel by will, in the United States (excepting North Carolina), it can even be done inter vivos. (P. 419.)

One exception, Gray noted: “If a cellar of wine is bequeathed to A for life or for a year, he has the absolute interest, for there is no restraint on his power to drink or waste it.” (P. 408.) Future estates’ doctrines cannot be applied to consumable articles without a breakdown. When ordinary use constitutes waste, the balancing of interests between life tenant and remainderman becomes unworkable. How could the law allow a life tenant temporary enjoyment to an estate in wine if she could never take even a single sip?

Among law teachers, personal property is typically seen as more manageable than the abstractions that accompany realty. But the application of future interests to chattels is rather cosmic. Unsettling, even. Splitting real property—the existence of which seems infinite—into present and future estates is easier to grasp. Future interests in destructible chattels? That’s puzzling.

Gray’s largely forgotten 1901 article can help. In it, he introduces the idea of future interests in personalty as he introduces chattels themselves to the various estates. Gray deftly examines his passion—future interests—and infects the reader, as he must have infected his students, with his fascination for property law.

This site uses Akismet to reduce spam. Learn how your comment data is processed.